Blockchain technology is one of the fastest growing record-keeping technologies. The most popular, Bitcoin Network, is a type of blockchain. The first definition that you can find out on Blockchain is that it is a “distributed, decentralized, public ledger.” Blockchain is a simple technology that many people fail to grasp the meaning of. In its simplest form, it is a chain of blocks, where the “block” stores public information and “chain” is the public database. This technology is one of the most secure ways of storing valuable information.

When a transaction is completed, the transaction is verified by a network of computers. This verification is the most important step as it requires computers to solve complex mathematical problems. This system is called the “Proof of Work” system where the network of computers verify the transaction and if successful, they are rewarded financially. Verification of the transaction requires large amounts of computing power. Once the transaction is verified, it is added to a block with thousands of other transactions from around the world. The block is then given a hash. It also stores the hash of the previous block. Anyone can view the contents of the block, but users can also opt to connect their computers to the blockchain itself, where it will be updated regularly. There are copies of the entire blockchain in every computer connected to the network, making the information difficult to manipulate. This is what is meant by “Distributed Ledger”. In simpler terms, if a thief wants to rob a house on a street, he has to rob multiple houses for the item in his hand to be valuable and worth the effort. There are more layers of security involved in blockchain. Since each block contains the hash of the previous block, manipulation of a transaction becomes more complex. If a hacker wants to change the information of one transaction on the first block by changing the amount so that he can get money, the hash of the first block changes. Due to this, the second block becomes invalid, as the second block contains the hash of the first block, making a particular copy of the chain invalid. If he changes the hash information of the first block on the second block, the hash of the second block changes, making the third block invalid as it has the wrong information. If a robber wants to rob a particular house on the street, he has to rob every house after that on the street as well, to be successful.

If the hacker changes one copy of the blockchain on the network, “Consensus System” comes into place. Since the other copies of the blockchain do not match the altered one, the altered one will be considered invalid. If a hacker wants to tamper with one block, he has to do the “Proof of Work” of that block (which takes about 10 mins on an average for a high power computer), do the “Proof of Work” of every block after the original block, since he is altering the hashes of all the blocks and keep doing this for more than 50% of all the copies on the network. Our robber, who wants to rob one house, has to rob every house on the street after the original house and then rob the same houses on at least 50% of the all the streets in the same city for the robbery to be successful. Here we are assuming that all streets are identical. Since blockchain is spread across an entire network, it can operate without the need for a central authority. This is what is meant by “decentralized” which reduces the risk and eliminates the need for processing and transaction fees. Since users are rewarded for verifying information, blockchain forms the base of cryptocurrency.

There are several applications of this technology and many firms are integrating it into their operations. Blockchain is now being used by NeoBanks, where the accountholders do not have to wait for long to see their transactions processed any time of the day or any day of the week. Blockchain can be used by healthcare providers to store medical records safely. These cannot be altered and can be encoded so it is only accessible by certain individuals with a private key. Blockchain can be used to store property records, reducing the countless man-hours lost in manual record-keeping, increasing efficiency and transparency. Blockchain is being used in “Smart contracts” where a code is built into a blockchain to facilitate, negotiate and verify contract agreements. These contracts could be rental contracts, business deals or delivery systems working to ensure smoother services. Supply chain management systems can use blockchain tech to record the origins of materials purchased. New York-based ShelterZoom is the first real estate mobile application that lets real estate agents and clients see all offers and acceptances in real-time online. It will also allow access to property titles, mortgages, legal and home inspection documents through the Ethereum-based encrypted blockchain ledger. The De Beers’s TrustChain blockchain network tracks and authenticates diamonds, precious metals and jewellery at all stages of the global supply chain, from the mine to the retailer. In Nov 2018, midterm elections in West Virginia used blockchain technology. It eliminates fraud, boosts voter turnout and reduces personnel requirement. Stock exchanges are now eyeing blockchain technology for several of their operations, including bond markets, debt markets and options. The uses of Blockchain are numerous and it has proved itself as a reliable and secure technology. 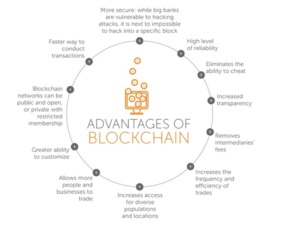 Atharva Padwal is a second-year student of B.Sc. (Actuarial Science and Quantitative Finance) who has a passion for critical thinking and mindfulness. Currently, he is working on clearing his second actuarial paper of the year and spending his time working on multiple projects.
PrevNext 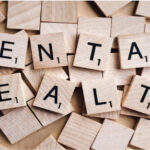 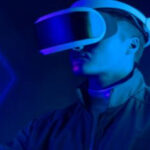